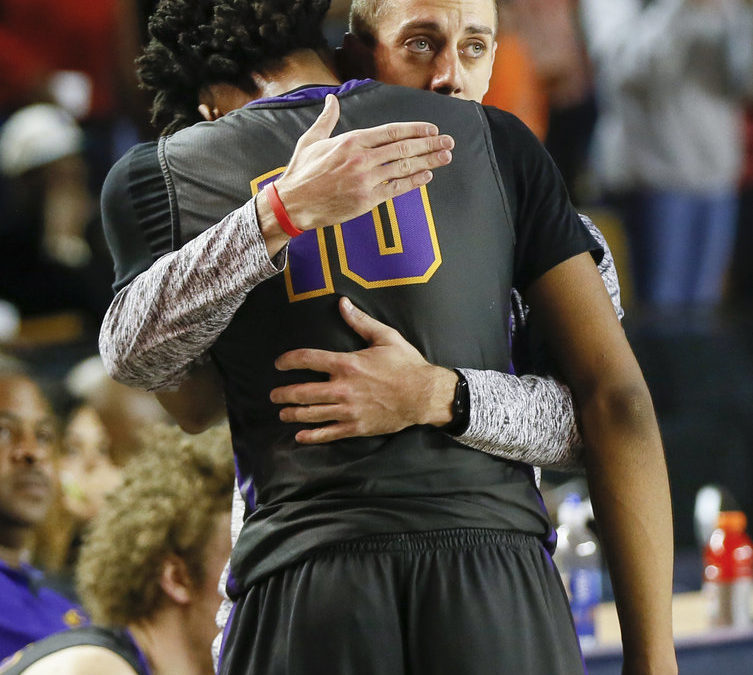 by JENNI CARLSON on NewsOK.com

The coach is forever telling his players to always make the right play, be in the right spot, act the right way.

“Consistency,” he says, “is the definition of greatness.”

Thing is, Jack isn’t just talking it. He’s living it.

And he’s not alone at Northwest Classen.

On a night when coaches from the Oklahoma City high school will be honored with the Tommy Noble Fields & Futures Linking Arms Partner Award during the annual Bowtie Ball, the case for their citation is commitment and consistency.

Not so long ago, Northwest Classen was a revolving door of coaches. One or two years was normal. A coach who’d been there more than three years was an outlier. But now, three years is on the low end of the scale among the school’s head coaches.

The change is significant — and it’s not just the athletes but all of Northwest Classen.

“We’re not completely there yet,” athletic director Cindy George said, “but we have definitely taken steps in the right direction.”

George is the self-proclaimed mother hen, not only because she oversees sports at the school but also because she’s been there for 14 years. She has coached nearly every sport, now handling softball and girls soccer. She has seen many a coach come and go. She stayed because of the kids, a wonderfully diverse bunch who often struggle with poverty.

“This is not a job for everyone,” George said. “It’s just not.

Players are as likely to need a ride home or a couple bucks for dinner as coaching about how to hit a riseball or shoot a jumper.

Change is one of the only constants for many. Are they going to live in the same place for long? Is there anything to eat in the refrigerator?

So a couple years ago when George became the athletic director, she became laser focused on hiring coaches who weren’t likely to bolt after a few months — “You can tell by every answer,” she said of what candidates say during the interview process — and on keeping the coaches who were already at Northwest Classen.

Some pieces of the puzzle were already in place. Administrators sold on the power of sport. Alumni excited to engage. Partnerships with organizations like Fields & Futures, Cleats 4 Kids and the Wes Welker Foundation. But George wanted to do more.

Her coaches meet every month. Before the school year began, they did a ropes course, but usually, they sit and eat. They commiserate. They share. They network.

The way the coaches work together is how Brown wants her team to operate, but she knows she sets the example.

“I feel like my players are my kids, my family,” she said. “Once they’re in my program, I just want to love on ’em.”

Each coach has a similar mentality, and that knits players and coaches together. In turn, a strong root system has been created. Lots of athletes bonded to teams. Lots of students anchored to Northwest Classen.

And the big-picture results are staggering.

In data recently released by the Oklahoma City Public Schools, Northwest Classen had 104 students transfer out since this school year started. Five of the six other schools reporting numbers had more than 300.

The average among all other reporting high schools: 394.8.

This is about more than wins and losses. Kids are staying, and that leads to higher graduation rates and more productive citizens. While sports don’t get all credit, they are absolutely part of the equation.

Keeping coaches around is a big part of that.

Jason Jack, for one, has had opportunities to go elsewhere — he turned a two-win boys basketball team into back-to-back state appearances — but leaving didn’t feel right.

“I’ve gotten to know these kids on a much higher level, a much deeper level,” he said, “and I feel like at times I owe them.”

He harps on consistency, and his players bought in. Like so many other coaches at Northwest Classen, he bought in, too.