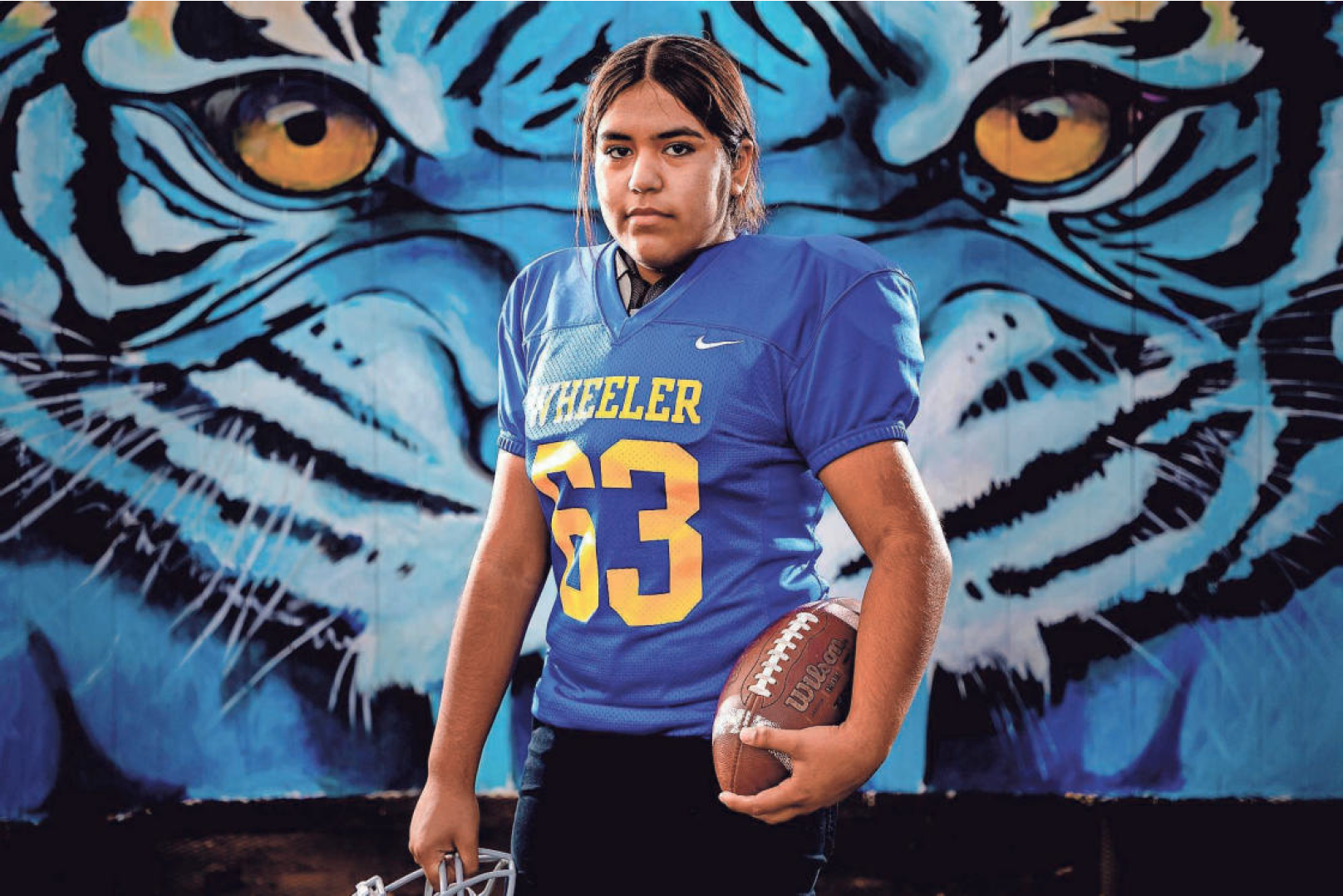 by Jenni Carlson
Published 11/26/21 by The Oklahoman

Ariana Luna broke the huddle, headed toward the line of scrimmage, and immediately saw the fingers pointing.

They were coming from the other side of the line, from opposing players, and they were aimed at her. So were some comments.

An easy target, the eighth-grader is not.

But here’s what she is: a leader. She is a proud member of the Muscogee Creek Nation
and the Indigenous Voices Youth Council. She is the student council vice president. And this season, she was the starting center for the Wheeler Middle School football team.

On the field, she showed that people doubted her at their own peril.

“That always made me more aggressive,” Ari said of opponents’ snide assumptions. “The more people they threw at me, the more people I thought I could hold back.”

“Whatever she wants to do as a Native woman, she can do. There are tons of women that have done those things before her, and there are tons of little ones following her, watching her, that will use her as a role model.”
Star Yellowfish, director of Native American Student Services in OKCPS

Read the rest of this article on Oklahoman.com. May require a subscription.