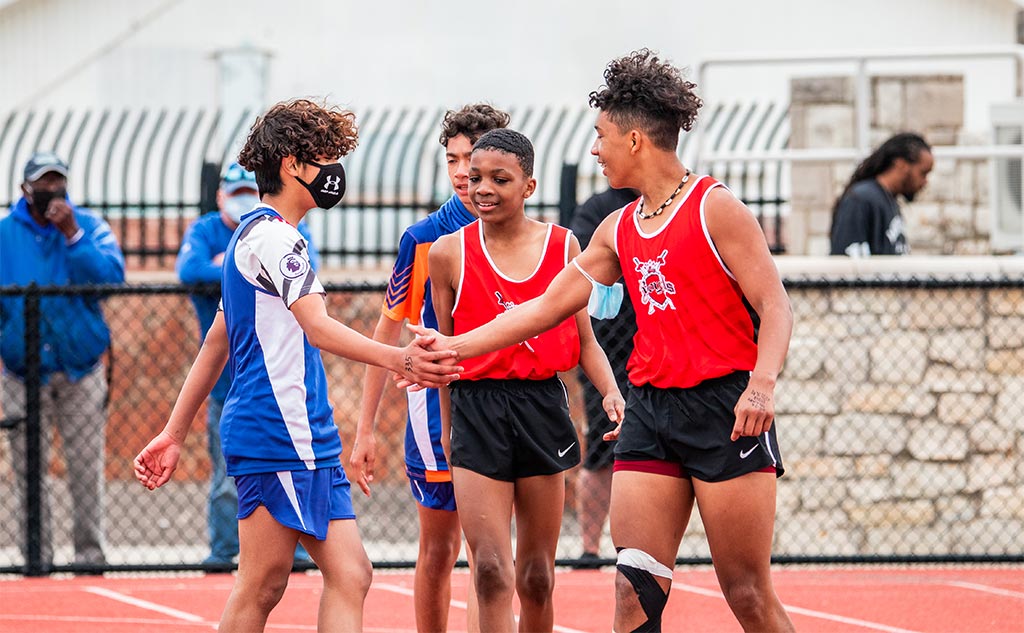 When people talk about sports here in Oklahoma, the conversation usually veers toward one (or all) of the “big four,” – football, baseball, basketball, and soccer. Very rarely do running sports like cross-country or track & field enter the discussion.

Ironically, running is a skill shared by each sport, speed is celebrated regardless of the field or court, and endurance is a true test of athleticism. Still, most people see track and cross-country as the sports athletes play when they’re not playing their “real” sport.

Oklahoma City Public Schools is trying to change that mentality. Or rediscover it, actually. With 44 state championships to its name, OKCPS has a rich track & field history to build upon. 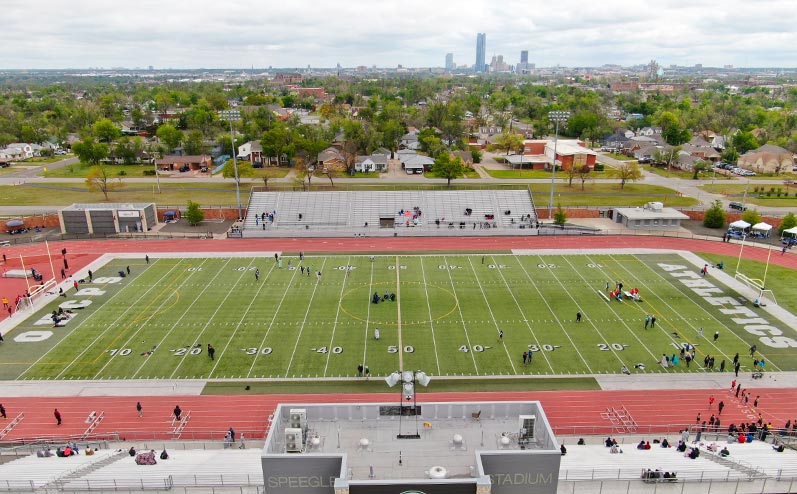 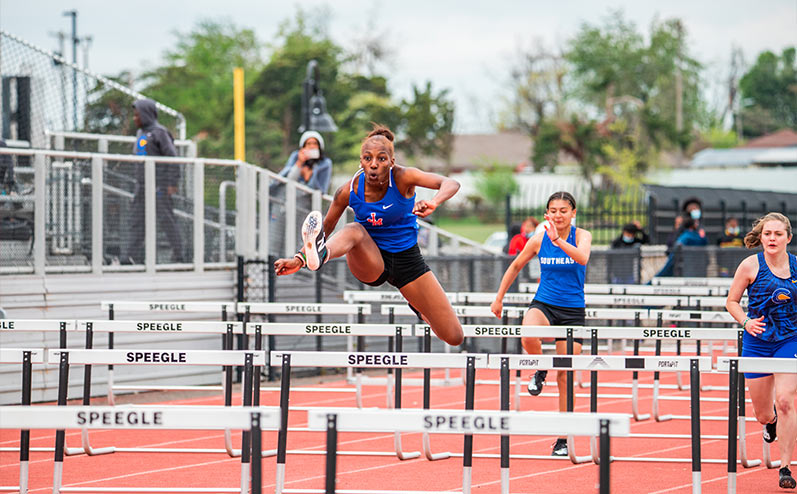 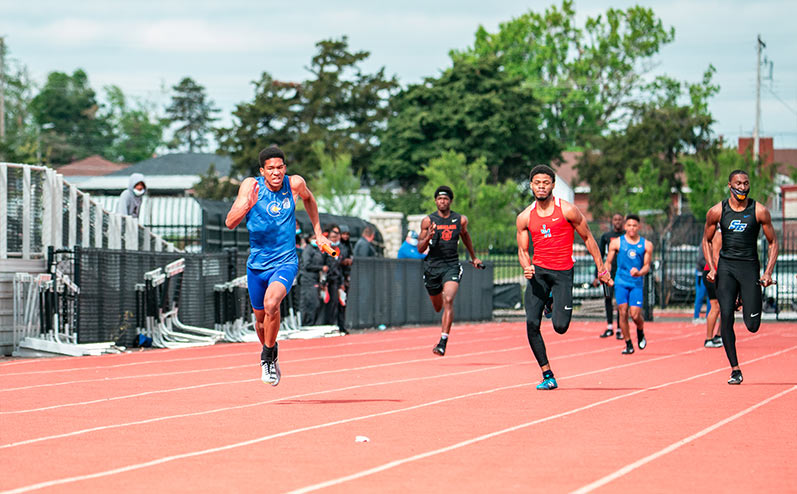 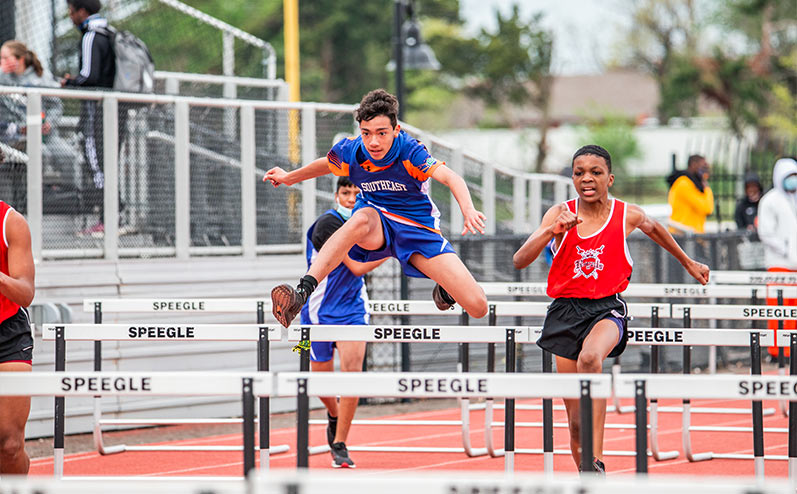 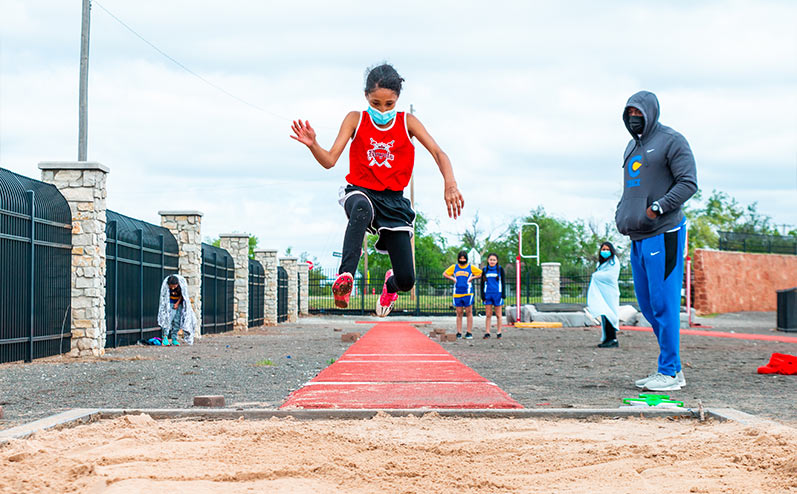 Getting Back on Track

In a school district where more than nine out of 10 students are economically disadvantaged, the need for a glove or helmet can be enough to keep a kid from going out for a team. But, compared to mainstream sports that have extensive requirements for equipment and facilities, those same participation barriers are often much lower for running sports. In many cases, all a kid needs is a pair of shoes and some comfortable clothes to get started.

With additional support from community partners like Fields & Futures, the Simon Greiner Program, City Center, and Cleats for Kids, OKCPS has been able to devote more resources than ever before to its schools’ running sports programs. Today, new tracks are being built across the district, athletes are being outfitted with quality running shoes and apparel, and passionate coaches are leading the way.

This progress was evident and on full display during the All-City Athletic Conference Championship Meet on Saturday, April 17, at Speegle Stadium located on the Capitol Hill High School campus.

Student-athletes representing every OKCPS middle school and high school competed in all the traditional track & field events. But, Unlike other meets on the track calendar, the ACAC Championship gives OKCPS schools an opportunity to line up against each other without the distraction of suburban, rural, or private schools joining the field. It is the only chance these teams have to directly measure themselves against one another.

And while there was definitely competition between schools and athletes, there was an obvious district comradery on display – a shared sense of OKCPS pride.

All day long, you could find teammates cheering each other on and teams hanging out together between heats and events. This curious blend of competition and camaraderie was even detectable amongst the middle school teams for whom the ACAC title holds all the significance of a state championship.

It is our honor to acknowledge and congratulate the All-City track & field team champions and runners-up for competing at a high level and proudly representing their school, the district, and their city! 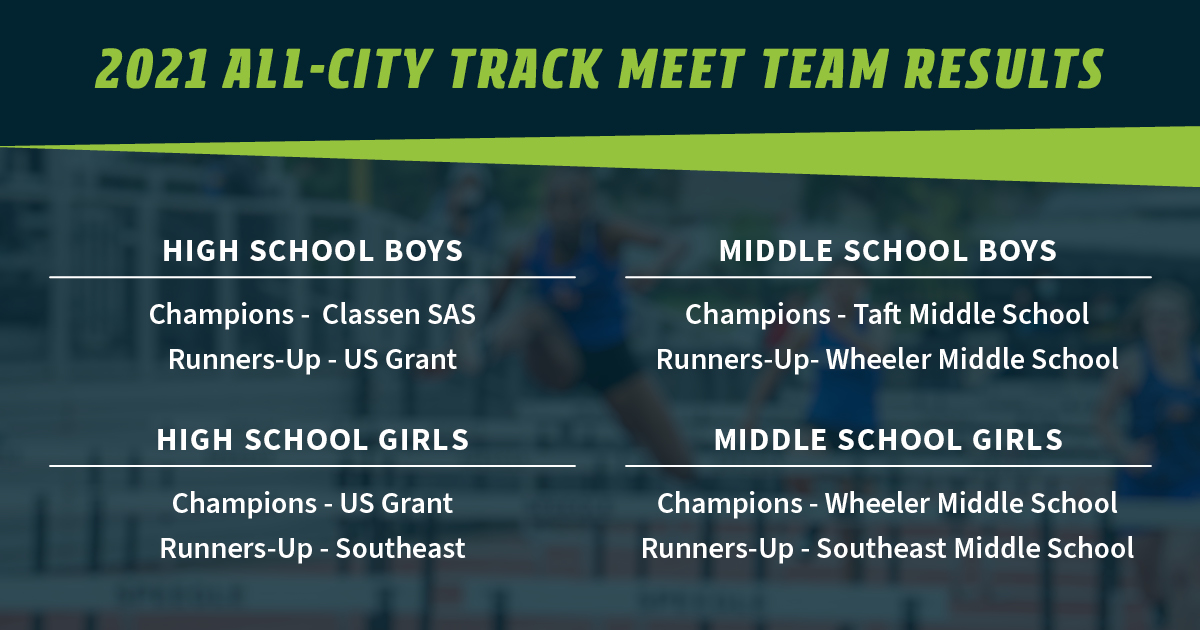 Running in the Right Direction

If this year’s All-City Athletic Conference Championship Meet is any indication, the future is bright for OKCPS running sports.

As the Simon Greiner Program finds its stride and more and more community partners line up to take the baton, the rich track & field tradition in OKCPS will come roaring back. The level of competition will increase, programs will improve, and scholarship opportunities will abound.

We know that team sports set kids up for success in the classroom and beyond. Sometimes, all it takes is keeping them on track. 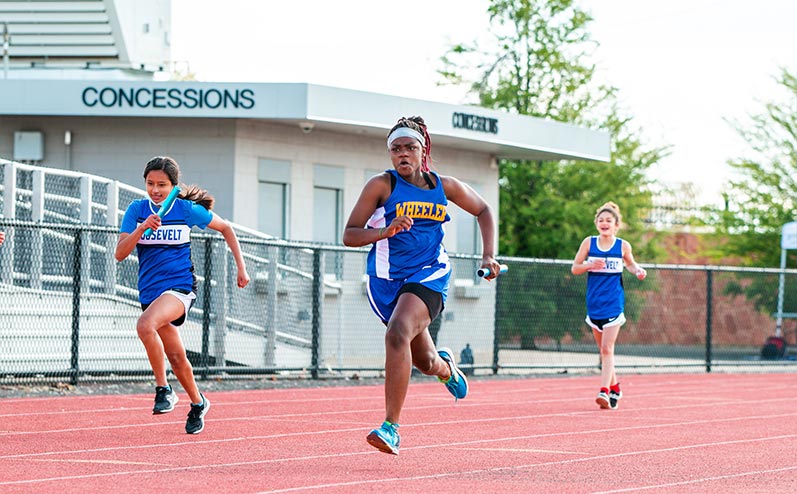 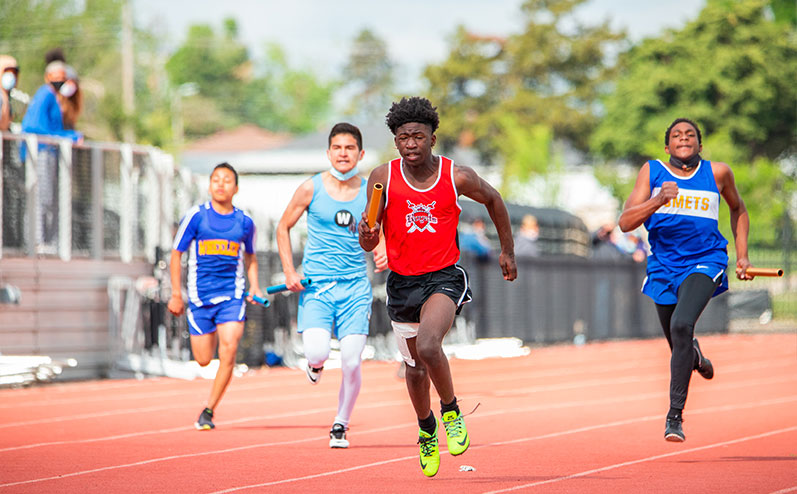 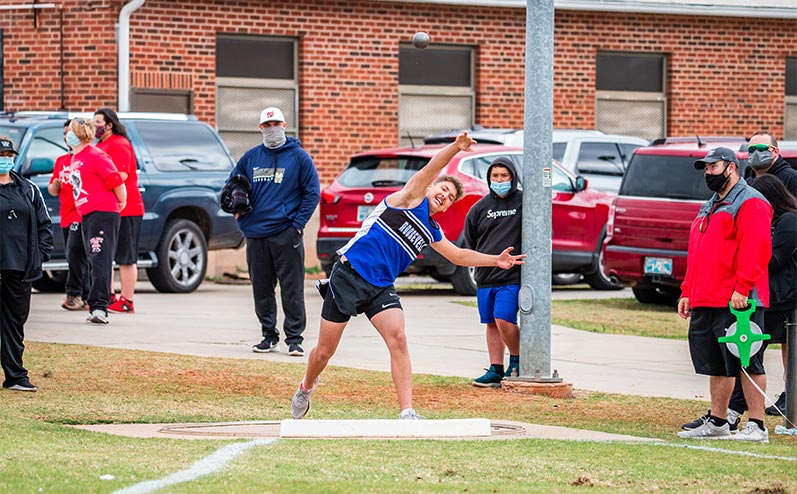 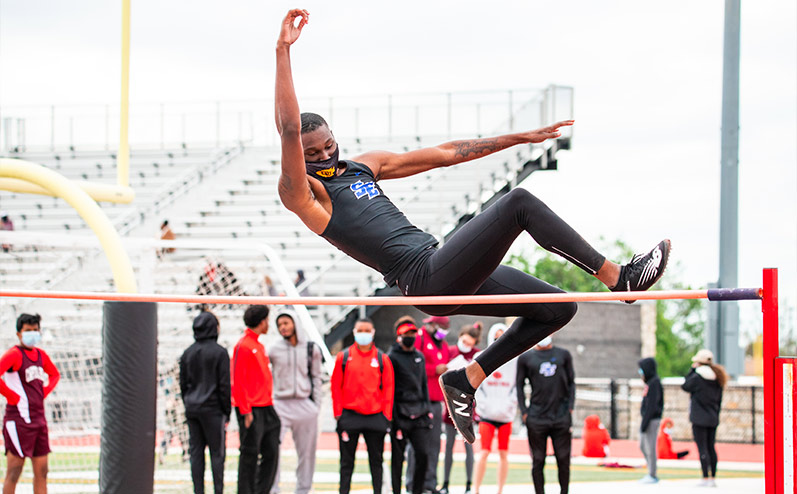 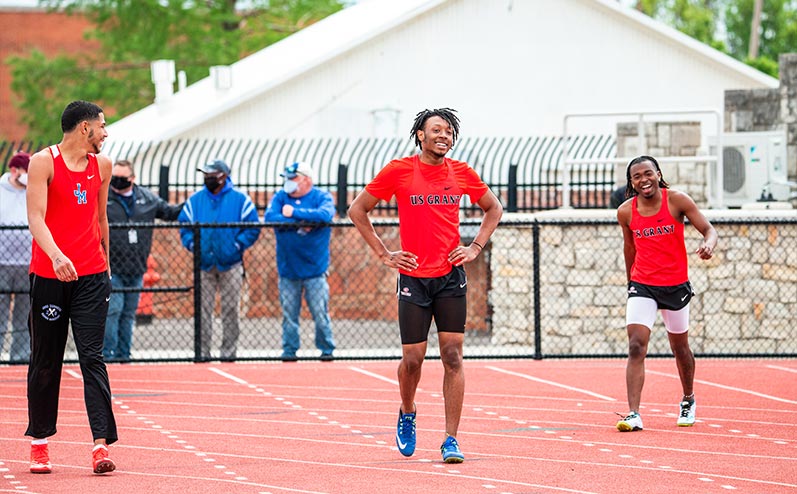 In the last decade, our fields and playing surfaces have helped place thousands of kids on a better path in life. One of those kids is Daryen Jefferson, a multi-sport athlete from Douglass High School. In this OKCPS student-athlete interview, Daryen explains the impact sports have had on his life and how increased opportunities to join a team have helped him stay on the right track.

END_OF_DOCUMENT_TOKEN_TO_BE_REPLACED

On Saturday, September 11th, we packed the park alongside community partners, Southeast Middle School student-athletes, and the South OKC community to celebrate the official opening of a new public softball field, football/soccer field, and outdoor stage at Southern Oaks Park.