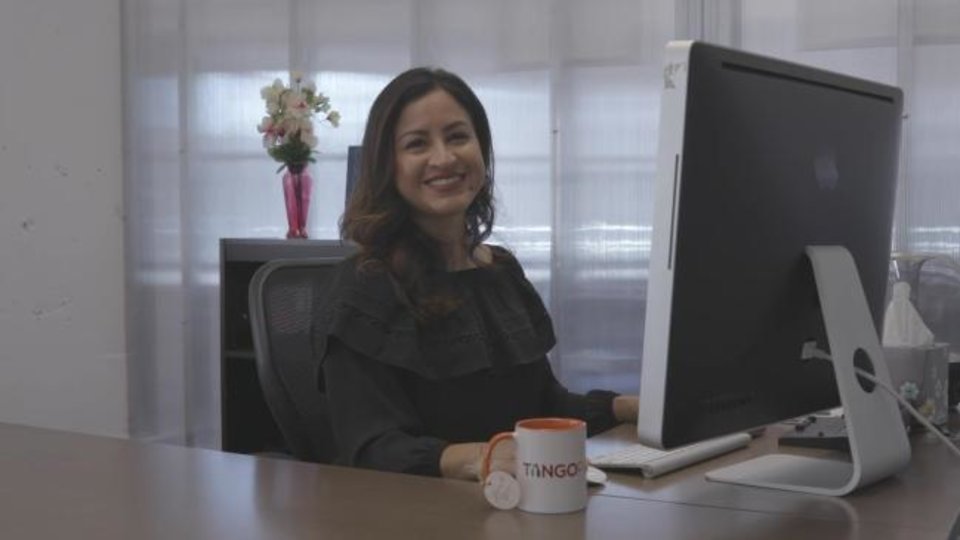 by Jenni Carlson
Published 12-01-20 on Oklahoman.com

Nice bedroom communities, sure, but hardly bucket-list destinations. But Hernandez considered them big trips because when she growing up on the south side of Oklahoma City, she rarely ventured outside that area. That was the only world she knew, and that’s how it was for most of her friends in the largely blue-collar, Hispanic part of town.

“But being part of this team,” Hernandez said of the soccer team at U.S. Grant High School, “it allowed us to go outside of where we were normally.”

That not only exposed her to more of the world but also showed her that she could thrive there.

Playing on that soccer team helped change her life.

On Giving Tuesday, a day set aside amid the crush of holiday spending to encourage good deeds and charitable donations, there are many organizations worthy of your help. But in Oklahoma City, none is better than Fields & Futures. The nonprofit that began almost a decade ago rebuilding and renovating every athletic field in Oklahoma City Public Schools recently launched Why We Care. The campaign seeks to raise $3 million for a maintenance fund ensuring the longevity of every field, court and track that Fields & Futures has built.

Hernandez knows as well as anyone the importance of those fields and the opportunities they bring.

When she was a senior at U.S. Grant — she was in the class of 1997 — the school added girls soccer. Hernandez had been involved in other activities, and she was already proud to be a General. But she jumped at the chance to join the soccer team.

“It really took us out of that little comfort zone or that little area that we were limited to on the south side,” Hernandez said. “Kids these days, I think that’s one of the things they definitely take for granted that they’re able to go and travel.

Hernandez knew she wanted to spread her wings. She was going to be the first in her family to graduate high school, and she had plans to go to college. But that wasn’t something many people in her life gave much thought. It seemed about as likely as winning a million dollars or going to the moon.

But Hernandez dreamed of college, living and learning in a world that was outside the world she’d always known.

That made soccer even more important. When Hernandez and her teammates played games outside of Oklahoma City — even if it was only 20 or 30 miles away — she got to see that other places weren’t so scary. She also came to realize that she could be successful there.

That gave her an added boost of confidence when it came time to start college.

Hernandez decided to go to Southern Nazarene where she planned to major in business administration or maybe even international business. When she realized she loved collaborating and problem solving with all sorts of different people, she shifted to public relations.

In 2006, Hernandez and her husband, Jorge, founded Tango Public Relations. Located in the heart of the Capitol Hill District on the city’s south side, Tango touts itself as a firm run by Hispanic professionals for the Hispanic market.

Frankly, Tango has become so central to the community that Hernandez is known near and far. She serves on all sorts of boards all around the city, most recently being named an at-large representative of MAPS 4 Citizens Advisory Board.

She is sought after, really, for her insights and her connections.

Hernandez has reached great heights in her career and her life for lots of reasons, but she counts her season on the U.S. Grant soccer team among them.

“It definitely encouraged me to continue and to believe in myself in other areas,” she said.

Brenda Hernandez believes Fields & Futures is helping insures similar opportunities for children on the south side and all across Oklahoma City. Those athletic fields are where they dream — and where they become equipped to live out those dreams.

“These kids’ lives,” she said, “are being changed.”